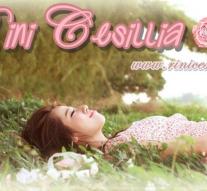 denpasar - Last Tuesday, the Indonesian beauty blogger Rini Cesillia (26) was found dead in her bathroom. Police in South Denpasar, on the Indonesian island of Bali, then was puzzled because the Internet star had burns on her chest. On Thursday there was a liberating judgment from the police about the cause of death of Rini. That report local media.

Electrocution by a broken water heater is probably why Cesillia was killed. The snake that led to her room, mixed water with electricity. This water used the blogger at her shower turn and was taking a fatal shock. The local police were assisted in the investigation by specialists from the state power company PLN.

The report found that there is a problem with the electrical wiring was in the boiler: the electricity thus flowed with the water with it, and that's dangerous.

Rini Cesillia who is originally from West Jakarta, was known for her blog www. rinicesillia. com. Since 2012 she blogs about everything to do with beauty and she has repeatedly won prizes at various competitions. Strikingly mention on her blog with no word about her sudden death.