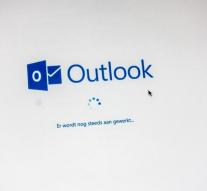 amsterdam - Users who install a security update for the Microsoft Outlook 2007 Outlook mail program have an unpleasant surprise to wait. The whole program is suddenly provided with Swedish buttons.

The wrong update, kb4011086, was rolled internationally on September 12, and immediately the first user alarm hit. However, a little week later, the problem still has not been fixed.

Besides Dutch, Slovenian and Hungarian users were also treated in Swedish. Italians got the chance to recycle their Portuguese.

On internet forums, system administrators complain that it's quite a bit of work to reverse Microsoft's blunder. For Dutch users, even after installing the update, some folders will remain in Swedish.

Not all Outlook users are affected by the problem. Since 2007, three new versions have been published. For the moment there are no problems reported.

Microsoft has not responded to the blunder yet.