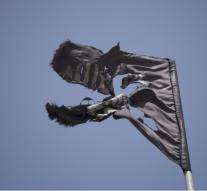 baghdad - By a suicide attack on a wedding party on Thursday in the Iraqi city of Fallujah least thirty people died. According to the security brought a terrorist with an explosive loaded car exploded.

There were 45 people injured. It is feared that the number of deaths will rise.