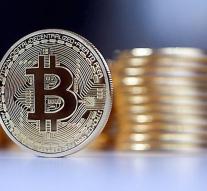 - Experience with blockchain will be a profitable plus for applications. Demand for employees with such experience on the digital network increases stormily, marking technology companies.

The Dutch are among the leaders who put the experience with blockchain, the network on which, for example, digital coins such as Bitcoin are traded, on their CV on LinkedIn.

By now, tens of thousands of people call blockchain as 'skill' or work experience on the network site in their expertise. More and more Dutch companies are experimenting with it.

Most work in the US. The Netherlands follows after Germany, India France and the United Kingdom.

Worldwide, thousands of startups have been set up working with the crypto network that is currently being held by millions of users. They could eventually make existing banks and intermediaries superfluous.

At blockchain, Bitcoins is also trading, but also selling houses to notaries, in all cases without the intermediation of banks or intermediaries.

The most skilled workers in Blockchain already benefit from salaries above $ 250. 000 per annum, IBM said to the Financial Times. The technology company sees shortcomings in this kind of programmers.

Bitcoin recently dropped over $ 2700 per piece due to the high demand. Also, the number of blockchain ads increases.