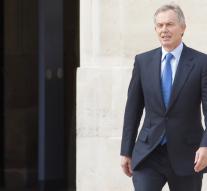 london - The former British Prime Minister Tony Blair on Wednesday raised responded to the damning report of the inquiry by Sir John Chilcot about the attack on Iraq in 2003. According to Blair helps report Chilcot finally 'all sorts of allegations of bad faith, lies and deception from the to clear away. '

One can undertake to agree or disagree with my decision military action against Saddam Hussein, but I took this decision in good faith and I thought it was in the interest of the country. '' Blair said for mistakes take responsibility.