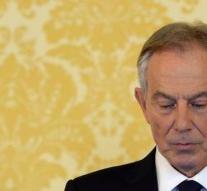 In an interview with Sky News, Blair called the British on Thursday to vote for his party. Blair also said he did not expect current Correspondent Prime Minister Theresa May to be defeated by Corbyn.

On the question of whether he finds Corbyn the right man to become prime minister, Blair said: 'When the polls are correct, we already know who is the prime minister on June 9, Theresa May. But people must vote on Labor to give this country a strong opposition, not to make Corbyn prime minister. '

Blair argues that his country remains in the European single market after brexit. Something May and her party do not want. 'The conservatives can not get a blank check for the brexit negotiations through the election results. The economic consequences will be harmful to our country, 'said Blair.