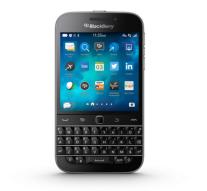 - "Canada supplied the Dutch police, in principle, a colossal amount of encrypted BlackBerry messages, but states that it severely limited. A court in Ontario ruled that the request of the Dutch police can be met data from nearly 20,000 users. That reports The National Post in Canada."

"This data must remain in Canadian hands. The information may not be shared without the permission of the Canadian court with others. \"Canada remains home to such data\" Judge Ian Nordheimer ruled in Toronto. He does not want the Dutch police or agents of anywhere to go 'fishing' in Canadian data."

"The track has led to an address and an IP address in Toronto. It comes to hosting business Bitflow Technologies located in the heart of Toronto on the shore of Lake Ontario. There's April 19 search done under the Dutch police investigation according to The National Post. The company denies bad faith act."