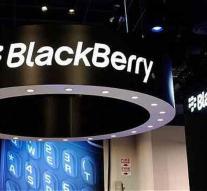 - Blackberry will make at least one private telephone with typical keyboard. That said CEO John Chen in an interview with Bloomberg.

'I have promised a phone with keyboard,' Chen improved his interviewer. She had gone there earlier from the smartphones are history for the Canadian technology company.

Chen could not tell yet when the phone is in stores, but said it would not take long.

Blackberry focuses increasingly on products other than smartphones. The company announced in September still wanting to sell phones under its brand name. That, however, taken by other parties. Chen seems that now come back, because he stressed that the new device with keyboard is produced 'in house'.