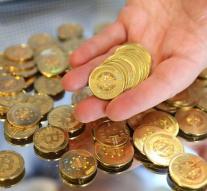 - Bitcoinbeurs Coinbase should help the IRS. The taxman wants to know what Americans use the service and what purchases and sales they have done there. Users should include ordinary tax paying because ' transactions in virtual money is taxable, like all other possessions, '' said the Internal Revenue Service (IRS).

A judge in California has authorized a summons which the IRS can claim the information. Because virtual money difficult to trace, and the users are virtually anonymous, it can be used to evade tax. The court in California, there is plenty of reason to think that bitcoin users might not comply with the law.

Coinbase headquarters is in San Francisco. There is no evidence that Coinbase himself violates the rules, emphasized the US Department of Justice.