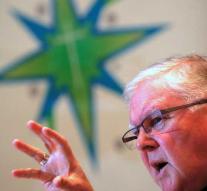 sydney - The Roman Catholic Church in Australia refuses to cooperate with the government's plan for priests to report abuse to the police if they hear about it during confession. That is what the bishops' conference in the country announced on Friday. The government proposal was one of the recommendations after an investigation into sexual abuse within the church.

Two of the eight Australian states have since the report already legislated, which ensure that priests from now on are punishable if they do not report abuse they have heard as confessors. The other states are still considering what they will do.

In Australia, five years of research has been done into sexual abuse within the Catholic Church. It showed that 7 percent of the priests in Australia were guilty of child abuse between 1950 and 2010.