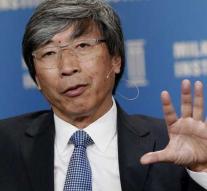 los angeles (anp/bloomberg) - The American newspaper Los Angeles Times is owned by billionaire Patrick Soon-Shiong. This amounts to half a billion dollars in cash for his new purchase and thus also acquires sister newspaper San Diego Union-Tribune and some smaller titles.

In this way a large newspaper from a metropolis in the United States is bought up again by a wealthy businessman. A few years ago, Amazon founder Jeff Bezos incorporated The Washington Post and investor John Henry took over The Boston Globe.

Media company Tronc, the current owner of the Los Angeles Times, uses the proceeds of the deal to reduce its own debts. Tronc also owns the Chicago Tribune and New York Daily News.

The 65-year-old Soon-Shiong is good for almost 9 billion dollars. He obtained all that money mainly through the sale of two biotech companies. Soon-Shiong was already involved with Tronc as an investor. He is also a large shareholder of basketball team Los Angeles Lakers.