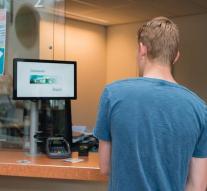 the hague - The modernization of the Basic Registration of Persons, previously the population register, is in major problems. The project is experiencing considerable delays and will cost millions more. There must be even thought about stopping it. That has been announced by Minister Ronald Plasterk (Internal Affairs) on Tuesday.

Plasterk takes into account a delay of fifteen months and 17 million euros at additional costs and has provisionally decided to 'a period of reflection'.

The reason is, among other things, an opinion from the Bureau of ICT Testing (BIT). The BIT is wondering whether the risks and costs of the introduction of the BRP system outweigh the expected benefits. The BIT assumes even more delays and financial disadvantages; Namely 33 months and 50 million euros of remaining costs.