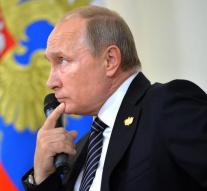 - For the first time since the beginning of the crisis in Ukraine in the spring of 2014, Russian President Vladimir Putin to Berlin. He talks Wednesday, October 19 in the German capital with Chancellor Angela Merkel, French President Francois Hollande and the Ukrainian Head of State Petro Poroshenko on the peace process in eastern Ukraine, said a German government spokesman Tuesday

The leaders of the four countries spoke to each other for the first time in this context in Normandy. The four-party consultation therefore called Normandy format. Russia turned in August from the discussion, as Ukraine would have been guilty of plotting terrorist attacks. In late September the Kremlin announced its intention to resume consultations.

The main task of the four countries is to supervise the peace agreement in Minsk. It includes inter alia the rebels in eastern Ukraine and the Ukrainian army must adhere to a cease-fire.