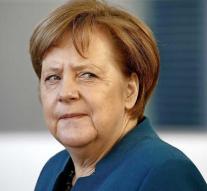 berlin - Germany is finding it increasingly difficult to exhaust asylum seekers who have exhausted all legal remedies. In the past four years, in half of the cases it failed to expel migrants.

According to German media, the number has increased in recent years. Last year, more failed expulsions were successful than for the first time, according to the Ministry of the Interior.

The number of failed loans increased from 19. 258 in 2015 to 30,902 last year. Most asylum seekers disappear and do not report to the police when they have been exhausted.