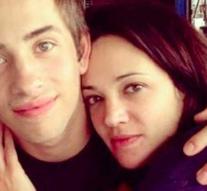 los angeles - The actor Jimmy Bennett wanted to stop that he had been abused by actress Asia Argento, a champion of the # MeToo movement, he implores.

When Argento accused Harvey Weinstein of rape last November, Bennett decided to contact her. 'My trauma came up again when she said she was a victim herself,' says Bennett.

The actor asked for silence because he was scared and embarrassed. ' I was not ready for the consequences it would have if the story became public. I thought people would not understand it, 'Bennett explains. According to Bennett, Argento abused him when he was 17 and she 37.

Argento denies having abused Bennett and says that the money she gave him was meant to help the actor out of financial problems.