Home / World / Benjamin did not kill three but four people 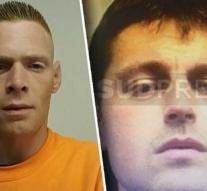 liège - Benjamin Herman appears to have murdered someone else the day before his terrorist act in Liege.

According to Minister Jambon he killed Michael Wilmet in Marche-en-Famenne.

The head of the 30-year-old victim was terribly battered. Autopsy still has to bring clarity about the cause of death.

At first the police thought of a homejacking that got out of hand. But now Minister Jambon confirms that he was indeed killed by Benjamin Herman.

Wilmet was a well-known drug dealer. According to Het Nieuwsblad, he was addicted to heroin. In 2014 he was allowed to serve his sentence from the court in Marche with an ankle band at home. His sentence ended last March.