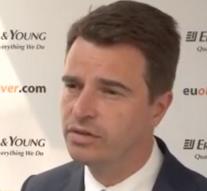 brussels - The Belgian diplomat Didier Seeuws should lead the negotiations with Britain on behalf of the European Union on leaving the European Union. Seeuws will lead the so-called Brexit task force within the EU Council of Ministers.

Confirm that diplomats Saturday in response to a notice published in the Belgian newspaper Het Nieuwsblad.

The diplomat is no stranger to the leaders of the European countries. Seeuws until the end of 2014 as chief of cabinet main contributor to EU President Herman Van Rompuy. He prepared among other important European meetings in this capacity. The Belgian was previously a director within the EU Council of Ministers. He was formerly spokesman Guy Verhofstadt, who as prime minister led three Belgian governments.