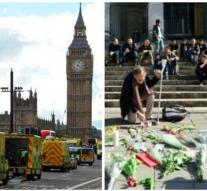 brussels - The Belgian Foreign Minister and Deputy Prime Minister Didier Reynders, is ' shocked by the terrorist attack that resulted today in London for much human suffering. 'He writes dispersed in a statement Wednesday. ' Our country is in solidarity with the British. '

The Minister pointed out that ' this day, March 22 2017, for Belgium is a very sad day. He is dedicated to all the people and families who were affected last year by the attacks on the airport of Zaventem and in the Maelbeek metro station in Brussels. 'His thoughts are with the victims and injured and their families and friends, the statement said.

Reynders reiterated that Belgium will continue to work internationally for the joint fight against terrorism.