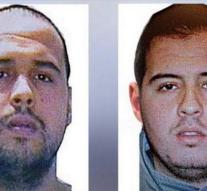 brussels - Two of the three men who were arrested in Brussels in June because they were plotting an attack on, inter alia, a place where football fans watched the European Championship, to be released under certain conditions. That determined the Brussels court Wednesday, report their lawyers.

It involves Moustapha Benhattal (40) and Jawad Benhattal (29), family members of the two brothers El Bakraoui who blew up in the attacks on 22 March. They also know other terrorism suspects.

After according to the police from telephone tapping it was revealed that they wanted to carry out attacks, agents searched forty houses and 152 garages. Thereby no weapons or explosives were found.

According to lawyers, there was never a plan for an attack and the existence of misinterpretations and misunderstandings.