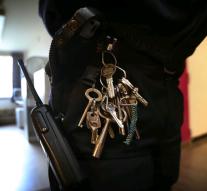 brussels - The Belgian Financial Intelligence Processing Unit (CFI) has, since 2010 about 35 million intercepted from Islamic terrorists and flows of Foreign rebel fighters in the Syrian Civil War , reports the Belgian news agency Belga.

Only in 2014 was about 9.2 million , an amount that is fixed by the Secretary General Kris Merkens of the CFI. In 2014, the CFI had 37 cases on the financing of terrorism , a number that increases every year .