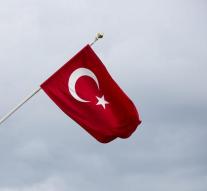 brussels - The Turkish ambassador to Belgium has to Wednesday at Foreign Affairs appear on the mat. Following are statements from his spokesman Tuesday about alleged links between Flemish organizations, the Flemish government and the movement of Fethullah Gülen, the rival of the Turkish President Recep Tayyip Erdogan.

Prime Minister Charles Michel was Wednesday in the Chamber put under pressure because the Belgian government remained silent after the statements of the spokesman. Tuesday showed the Flemish Minister Geert Bourgeois is displeased with those statements, but diplomatic relations are at the federal level.

Belgium, like the Netherlands, a large Turkish community. Supporters and opponents of Erdogan clashed repeatedly in recent days, especially in the former mining in Belgian Limburg.