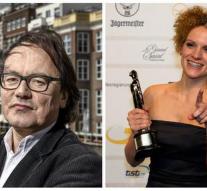 brussels - A number of prominent Belgians have called for stopping with meat in response to new horror images from a slaughterhouse.

First, shocking images came from a slaughterhouse in Tielt. Yesterday there were pictures of another slaughterhouse in Izegem at the back. The hidden camera images show how workers work with cattle with a stick on sensitive parts of the body, including the anus.

'These new images make it clear to us that in Tielt it was not an exceptional situation, but animal life is inherently linked to our great hunger for flesh. We can not expect that we can put a piece of meat on our plate every day and mean that those animals lead a happy life and sleep softly in the slaughterhouse ', write the signatories.

They argue that vegetarians can enjoy as much meat as meat eaters. 'You do not have to indulge in taste and enjoyment. There are more and more vegetable products in the supermarket, many restaurants offer veggie menus and you feel better at the idea that you no longer participate in a system that deals with animals in a terrible way. '

Today, Eva, an organization dedicated to more plant products, is starting an action.