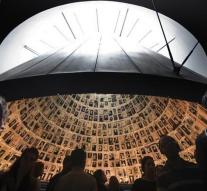 jerusalem - Descendants of the Belgian Prince Eugène survivors have met Wednesday in Jerusalem as a child in the royal castle in Beloeil were hiding during the Holocaust. More than forty Jewish children during World War II by the prince and his wife hid from the Germans.

,, They gave us food and clothes, 'an octogenarian man remembers who at the age of seven was one of the people in hiding.,, We felt like we had ended up in the sky during the hell of war. '

Grandson Prince Antoine Lamoral de Ligne told the survivors that even the family until now it was not clear what his grandfather had done. Only three people were at that time aware of the hiding. The Belgian prince years ago posthumously honored for his resistance work.