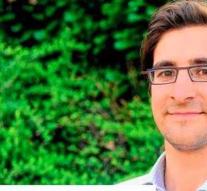 brugge - The Public Prosecution Service in Bruges appealed against the sentences for the four convicts in the case of the Flemish castle murder.

The court in Bruges last month imposed 27 years in prison on client André G. (67) and the Dutch intermediary Evert de C. (54). A third and fourth accomplice were given 21 and 15 years.

The Public Prosecutor had claimed 30 years against main suspect G. and 28 against De C. They both appealed against this.

The case revolves around the murder of the Flemish castle dweller Stijn Saelens in 2012. His father-in-law G. had instructed his son Pierre S. to have his son-in-law murdered. The prosecutor had demanded 26 years against S. He is sentenced to 21 years.

S. is in his punishment. He had approached grow shop owner De C. from IJzendijke in Zeeland to organize the assassination. He in turn contacted Ronald van B. from Eindhoven, who pulled the trigger. The now deceased Van B. got help from his cousin Franciscus 'Roy' L. from Tilburg (41), who was given 15 years as a co-perpetrator. Against L. the prosecutor had demanded 24 years in prison.