Home / World / Belgian mayor is under the influence of influence 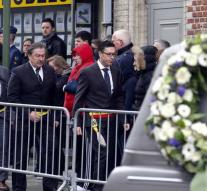 brakel - The Flemish burgomaster Stefaan Devleeschouwer of the municipality of Brakel has been seriously affected by a traffic accident, which caused a 35-year-old roof worker to be seriously injured. The burgervader appeared to have looked too deeply into the glass, according to Belgian media.

The incident happened in the neighboring Sint-Maria-Lierde. Devleeschouwer drove the man but it is not clear if the victim was in his car or stood next to it. The roof worker was brought to the hospital in Ghent in a critical condition, but is now out of danger.

It is not clear whether Devleeschouwer has been arrested or not.