Home / World / Belgian gets 25 years for murder in Madrid 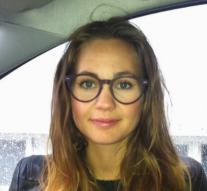 brussels - A 35-year-old Belgian from tree in Madrid sentenced to 25 years in prison for the murder of a Danish tourist in 2014.

David V. strangled the 27-year-old Anne Strande Jensen in her apartment in the Spanish capital, where she had just found a job. Q. provided as caretaker of the building access to her apartment with a spare key and strangled her with a cord. Then he crossed the flat on fire. The police, however, could soon arrest him, reports Het Nieuwsblad Tuesday.


The Belgian is still before the court for the murder of the Spanish Montse Mendez (40), a mother of two children who he has killed during questioning about the Danish spontaneously confessed earlier in Girona. Her body was found cut into pieces.