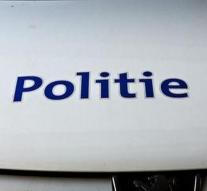 - A mother who had her car to unload with her baby still in it, received Thursday the fright of her life when someone ran off with the car. The police, who departed with might and main, found car with baby short time later a few blocks away back into the town Virton.

The forensic lab is called in to investigate the case. The offender no trace, according to the prosecutor's office in the province of Luxembourg Friday.