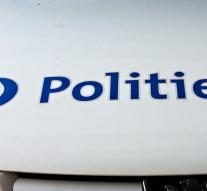 brussels - The Belgian police on Thursday carried out in Brussels and Liege four searches in a case involving suspected adoptions of Congolese children. No one was arrested. A woman was arrested previously seen as prime suspect. Reported that the federal prosecutor.

The case revolves around eleven children from an orphanage in Kinshasa which was adopted last November. The arrested woman, Julienne M., acted as intermediary. She asked hefty sums to the Belgian parents before the children were transferred, what justice looks like hostage.

Research has shown that at least three children were reported missing and could not be adopted. M. is therefore suspected of kidnapping. She was arrested three weeks ago in search of eight addresses in Namur, Dinant and Brussels and stuck ever since. She would also have falsified documents.

Parents concerned are informed on November 9 and the children receive protection, according to the prosecutor.