Home / Tech / Beatles will soon be on Spotify and Apple Music 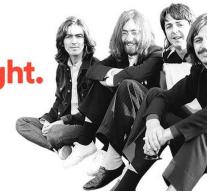 - Slowly but surely, the music of The Beatles with the times. After first after a long absence in the iTunes store to be purchased, the songs of the Fab Four from Thursday are also available on almost all streaming music services like Spotify and Apple Music.

The music of The Beatles was a long time not available digitally. Only since 2010 the albums and individual songs offered through stores like iTunes. Now listen to the band so soon also by the known- and unknown- streaming channels.

The complete list of services to which the music of the Fab Four will soon be available is as follows: