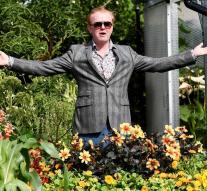 london - The British Public Broadcasting Corporation (BBC) published in an annual report the names and approximately the earnings of 96 employees earning more than the British Prime Minister.

Among the richly rewarded BBC footprints, celebrating its 95th anniversary in October, is also sports presenter Gary Lineker (56). He earns around 200, 000 euros a year.

The viewing and listening fee is currently 166 euros per year.