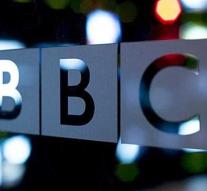 london - The BBC is going to call on the United Nations to force Iran to stop the intimidation of BBC Persian staff in London and their families in Iran. According to the British broadcaster, the country is putting more and more pressure on employees of Iranian origin, for example through intimidation and travel bans. Family members are also arrested.

The broadcaster turns to the UN Human Rights Council in Geneva. BBC personnel can not travel to Iran for fear of being arrested. The employees of BBC Persian are seen by Tehran as undermining the regime or foreign spies.

A journalist was threatened with having to stop working for the broadcaster or at least spying on her colleagues in exchange for the release of her sister. Another employee received a similar threat, stating that the sender knew where her ten-year-old son was going to school.