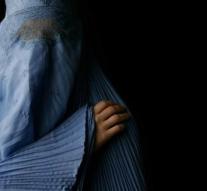 munich - The German state of Bavaria performs a ban on burkas in. The face-covering veil is soon no longer allowed in schools, universities, government offices and polling stations. Minister Joachim Herrmann (CSU) of the Interior said in a note to ' communication goes through facial expressions and eye contact. '' Open communication is the foundation of our democracy. Hide Your face is contrary to our way of communication.'

The bill is being treated for the summer in parliament. The CSU has an absolute majority in Bavaria. It is expected that the law was adopted.

In December, said Chancellor Merkel still a burqa should be banned ' wherever it is legally possible. '