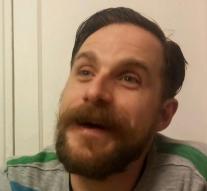 - Parisienne Marianne received last week 200 roses for her birthday from her friend Gilles. She had not counted on a gift, because Gilles was killed in the attack had come at the Bataclan in Paris during the attacks. He died while he used his body as a human shield and as Marianne protected against bullets.

Gilles, a florist, gift flowers had been arranged well before the attacks, says his sister told CNN : " Unfortunately it was not the time awarded to the flowers themselves, because he was now deceased. We were the deliverers of Gilles ' last gift. Marianne said, " Even now he 's gone, he knows how to surprise me." "

The mother of Gilles has now little understanding of the terrorist who killed her son, she told CNN: " I would say to him that he does not deserve even to be considered by us as a human being. It is not human. That is not possible. He is not part of mankind. Even animals do not. It is a monster. "