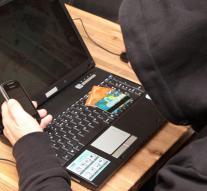 amsterdam - Bankers see cybercrime and the uncertain economy as the main threats to their sector. That consulting firm PwC states in its annual survey of major concerns in the banking sector.

Bankers, risk managers and regulators appoint the fragile economy as the main potential slip for the banking sector. Cybercrime addition, however, rose by dot on the list of concerns, from nine to two. In 2012 was the fear of hackers and computer viruses only in the eighteenth place.

The fear of cybercrime is also evident from the great concern in the financial sector on the quality of the technology of banks and their risk management systems. Taking fourth and sixth in the list of possible ' banana skins ' for the banks.