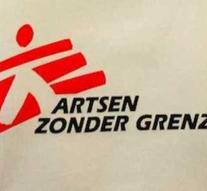 geneva - The aid organization MSF-Holland has stopped its activities in the Nigerian city of Rann after a fatal attack of presumably Boko Haram. The medical staff, 22 people from both Nigeria and abroad, was evacuated on Friday.

Terrorists launched an attack on a military encampment in the northeastern state of Borno on Thursday evening. At least eleven people died, including three care providers. 'It is still unclear how many deaths and injuries have exactly fallen.

Before our staff members left, they treated nine people with injuries, 'Médecins Sans Frontières said from the international headquarters in Geneva.