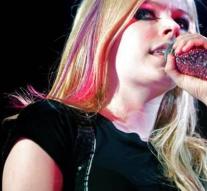 - Avril Lavigne is the most dangerous celebrity to go on. Who seeks information about her is at risk of being infected with malware. In place two stands Bruno Mars, Carly Rae Jepsen is third.

Lavigne did not even compete in the top 10 last year. The fact that they ended up at point 1 is due to a conspiracy theory that goes round. Angry tongues claim that she has passed away and has been replaced by someone who looks like her. In addition, the Canadian would work on a new album. Anyone looking for free songs will soon be on wrong sites.

Last year Amy Schumer was on 1, for Justin Bieber and Carson Daly. Leiden's DJ Armin van Buuren was the most dangerous celebrity in Google in 2015.