Home / World / Austrian word of the year has 51 letters 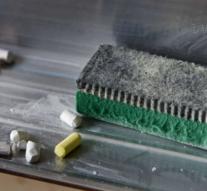 - Bundespräsidentenstichwahlwiederholungsverschiebung has 51 characters and is the Austrian word of the year 2016. More than a third of Austrian voters nominated the word and a jury voted Friday came around.

The word has to do with the repetition of the re-election of the Federal President was postponed. The election was almost inevitable, because the inhabitants of the Republic of Austria had twice this year to the polls to elect a president. The first version was invalid because the counting of votes was no good. Then there were technical problems which made it impossible for the ballot in October. Only in the third instance, on December 4, Alexander van der Bellen was finally chosen.

The jury found it a wonderful ironic word also shows how much the German language does not express in one word.