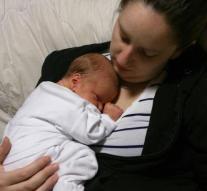 The victim died Friday after her car was rammed by car thieves, reported The Sydney Morning Herald Saturday. Her two year old son and unborn baby survived the crash.

The 24-year-old Sarah Paino Friday had just dropped her partner at the bakery where he works, when her car was rammed by a stolen vehicle. The fifteen year old boy who would have sat behind the wheel, hit after the collision on the run. He was later arrested and had to be treated in hospital. Three other teens in the car were injured.

Doctors could not save Paino, but did succeed in putting her baby into the world. Woman's son was lightly wounded. The employer of her boyfriend decided after the death of the woman to collect money for the relatives. The campaign was a huge success: after five hours the counter was already more than 30 000 dollars in donations.