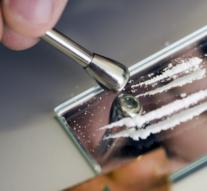 - A 73-year-old Australian woman convicted of drug trafficking to death in Vietnam. The Australian was born in Vietnam 2.8 kilograms of heroin in her luggage when she wanted to fly to Australia from Ho Chi Minh City in December 2013, reported the newspaper Tuoi Tre Thursday.

Against the court the woman explained that she did not know she carried drugs. The heroin was hidden in 36 bars of soap. According to the woman she had received the soap of another woman during a trip to the coastal city of Vung Tau. The convict has fifteen days to appeal against the death sentence.

In communist Vietnam is punishable by death in smuggling 100 grams of heroin or more. Since 2013 Vietnam fits lethal injections to execute the sentence instead of firing squads.