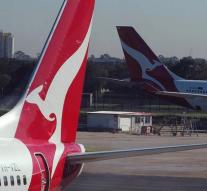 canberra - The Australian government wants to prevent convicted pedophiles to travel abroad for a longer period of time. They can not get a passport if a new proposal is approved by parliament.

Minister Michael Keenan (Justice) said, according to the BBC, that the planned measure will affect about 20,000 people convicted of sex offenses. They have expelled their punishment, but are still being monitored by the authorities.

According to the minister, about 3200 people will never be eligible for a passport after the plan has been implemented. Those are people who are in charge of the rest of their lives. The measure must protect vulnerable children against exploitation.

The authorities do not want to limit themselves to refusing travel documents. Passports can also be withdrawn, according to Australian ABC News, even if a convicted pedophile is already in foreign countries.

Keenan called child sex tourism a 'repulsive crime'. Thus, an Australian man was convicted in 2016 to fifteen years of cell because of the sexual abuse of eleven girls in Indonesia. The parliament is expected to plan the next month.