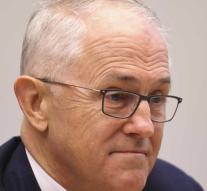 sydney - Australia is going to build a submarine internet cable to the Solomon Islands and thus prevents a Chinese company from doing so. Prime Minister Malcolm Turnbull announced the construction on Wednesday after consultation with his counterpart on the islands Rick Houenipwela.

The islands initially went into the sea with the Chinese Huawei to make the 4000 kilometer long connection with the Australian mainland. Australia, which considers the Solomon Islands as its backyard, should not have any of the Chinese efforts to strengthen itself in the region. According to Australian media, Australian security services also had reservations.