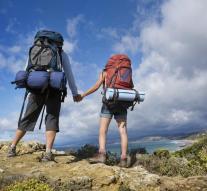 This 'backpacker tax' is lower than the original plan to levy 32.5 percent tax, which was opposed by the tourism and agriculture industries. Annual travel about 600 000 backpackers to Australia, often want to extend their stay by some extra money. They often work than as fruit pickers.