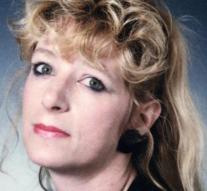 - The Investigation Requested program pays attention Tuesday to a great mystery disappearance from Groningen. In 1998 disappeared Jolanda Meijer (34). There has never found a useful trail.

It is almost a hopeless case: no body, no crime scene and no witnesses. Although the case officially is known as a disappearance, their investigation is convinced that the street prostitute was murdered.

In many places it is dug to the body of Meijer. So did the cold case team of the northern police in 2012 still slurry pumping basements in Winsum. Solving the murder could shed light on another unsolved murder, which Marian Kusters. She was a good friend of Meijer and disappeared in 2009. Perhaps they knew anything about the murder of her friend.

'There are no new developments. The hope is that people who know more about the murder, report information. For those people out there, 'said a spokesman for the North Unit.

About thirty percent of the cold case cases are resolved, because those involved still come up with crucial information. Sometimes because of regret, sometimes because the relationship between stakeholders is changing.