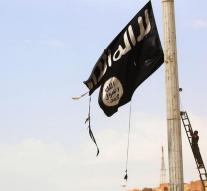 amman - Terrorist group Islamic State has claimed responsibility for two attacks with car bombs in the Syrian refugee camp Rukban, close to the triple landmark of Syria, Jordan and Iraq. Due to the explosions Monday night at a restaurant and market in the camp, six people were killed and injured several people.

IS claimed responsibility in a statement that was distributed by the press agency Amaq, reported the SITE Monitoring Group.

In addition to refugees, Rukban also resides in groups like Jaish Ahrar al-Ashair, who fight both the Syrian regime and the IS. Boma attacks have already occurred in the camp.