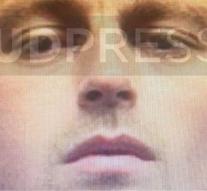 Brussels The man who committed an attack in Liege on Monday in which three people died, turns out to be an incorrigible criminal.

Benjamin Herman has been a regular customer at Justice since he was sixteen. Het Nieuwsblad explains in a row what he has on his criminal record.

When he was sixteen, Benjamin Herman came into contact with Justice for the first time. As a minor he is locked up in the youth institution of Everberg.

Herman gets thirty months in prison for serious abuse and theft with burglary.

Herman is seriously addicted and sentenced to four months in prison during the summer holidays.

Benjamin gets three years as a co-perpetrator of theft with violence, resistance against the police and vandalism.

Again two convictions: one year for abuse and another four years for theft with violence.

Herman is allowed to resocialize and leaves the prison during the day to work. At a certain moment he does not report back and is listed as 'on the run'. He is twelve days without trace and would have committed several facts. Eventually the police picks him up again. In 2016 he gets another twelve months for burglary.

Despite his heavy criminal record, he again qualifies to be released early. According to Justice Minister Koen Geens, the leave went 'good every time'.

Herman may leave on leave for a fourteenth time, and thus temporarily leave the prison of Marche-en-Famenne again. Benjamin was not yet available for 24 hours or he hit Liège. In principle, he would have already served his sentences in 2020 and released definitively.