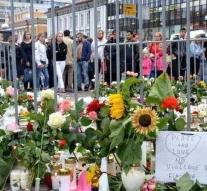 helsinki - A Moroccan man who stabbed two people in Finland last August and wounded nine, saw himself as a fighter of IS terror group. He came to his action because he was angry about US-led attacks in Syria, the Finnish police reported Wednesday.

Abderrahman Bouanane, an asylum seeker who was 22 years old, announced his actions. The police consider the attack as the first terrorist attack in the country. 'He saw himself as a fighter for ISIS. He wanted ISIS to take responsibility, but as we know it did not happen, 'said the police chief, according to him, the man acted alone.

Bouanane arrived in Finland in 2016 and lived in a reception center in Turku, where his asylum application was rejected. He told the police after his arrest that he had begun to interest himself three months before the attack in IS. The police investigation is closed and the trial against the man starts in March.