Home / Tech / Attack is also aimed at the Netherlands 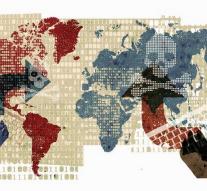 the hague - The wave of ransomware infections, software that 'coughs' computers by encrypting files, is also likely to make victims in the Netherlands. That says Ronald Prins from security company Fox IT.

In the software that is used, a Dutch language package has also been found. For the time being, Prince has no infections in the Netherlands.

The special thing about this ransomware is that active use is also made of a leak in the Windows operating system previously used by the US intelligence service NSA. The method of the NSA was shortly on the streets and is now being misused by criminals.

The software focuses on corporate networks. The advice to corporate network administrators is therefore to instantly install Microsoft's updates that seal the leak. In addition, Prince warns for opening emails from unknown origin.