Home / World / At least twenty wounded in shooting at festival 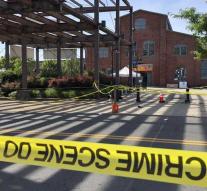 trenton - In a shooting at an art festival in the US state of New Jersey, one person was killed and at least twenty people were injured.

The deadly victim is one of the two shooters. It would be a man of 33 years. The other shooter has been arrested. That is what the police have announced. The police have seized several weapons.

Panic broke out when shots were suddenly fired around 3.00 am (local time). At the time of the shooting about 1000 people were present at the festival site.

Four of the wounded are in a critical condition. The youngest victim is thirteen years old.