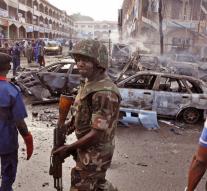 - At least ten people have been killed by a suicide bomber in northern Cameroon. According to security forces dozens of people were injured by the bombing in the village Nigue.

The attack was allegedly committed by supporters of the terrorist organization Boko Haram. According to the newspaper L' Oeil du Sahel four suicide bombers would have committed the attack. The victims would probably be five civilians.

Boko Haram increasingly committing attacks in Cameroon, Chad, Niger and Nigeria, where the sect is based. The border area near Lake Chad is therefore according to the United Nations into a war zone.