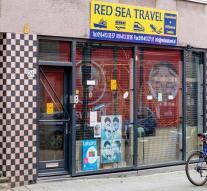 the hague - Since 2015, several dozens of asylum permits have been withdrawn, as people traveled to their country of origin. This has been written by the Deputy State Secretary Klaas Dijkhoff (Asylum) to the Lower House on Monday.

The Chamber had asked for clarification about reports that Eritreans would go on holiday to their 'unsafe' homeland on a regular basis. If strangers have an asylum license for a certain period of time, they can lose those after such a journey, but according to Dijkhoff, it did not prove to the Eritreans.

Since mid 2015, approximately 100 people have been investigating whether the asylum license could be revoked because of a trip to the home country. But, according to Dijkhoff, there was no Eritrean here. In a few dozen others, the asylum license was canceled. The countries from which these people originated were not disclosed.

Dijkhoff points out that people who have been in the Netherlands for a long time and have a Dutch passport or an asylum permit for an indefinite period can, in principle, travel without travel to their country of origin.

According to Dijkhoff, the coming time will be further checked for returning Eritreans. In addition, information will be exchanged with Germany and Belgium.